Kyiv Interactive is the first digital project that enables the study of everyday Kyivan life in the early twentieth century, based on an interactive map of the city and databases visualized in it. The thematic division of materials includes sections such as education, cultural life, food, medicine and transport. In the future, it is planned to expand the time frame of the project, which will focus on changes in urban life from the 18th century to the present.

The interactive map is based on topographic plans of Kyiv in the 1920s. The data visualized in it come from the publication “Календарь, Справочная и Адресная Книга г. Киева на 1916”, published in Kyiv in 1916. We have chosen the latest pre-revolutionary edition of the handbook for digitization and analysis. This allowed us to create a database of Kyivans of the beginning of the century by profession and place of residence, as well as to identify the last registered owners of Kyiv buildings. In future research, it will be possible to compare this database with data from address books of previous years, in order to track the dynamics of changes within certain professions in Kyiv, property-ownership, the development of trade networks and services, and trace the impact of World War I on city life. Even though the address books of the period mainly contain information about those people who were involved in the civil service, worked in various institutions, owned real estate or establishments, we still find information in the directory about the places of residence of ordinary Kyivans. All this allows us to develop a separate database that will allow a (albeit limited), reconstruction of the social topography of Kyiv at the beginning of the last century.

The Kyiv Interactive platform is part of the project "The City of the Twentieth Century Through the Prism of the Digital Age: An Educational Platform to Work with Cultural Heritage", implemented in 2019 with the support of the Ukrainian Cultural Foundation.

Today, it is part of the digital initiatives of the Center for Urban History of East Central Europe, which uses digital technologies to store and analyse historical sources and visualize the results of historical research.

We are grateful to Taras Nazaruk and Liubomyr Oliynyk for their help in implementing our project. We would also like to thank Olga Druh and Stefan Mashkevych for providing us with visual and cartographic source materials.

For our work to be effective, we will need your feedback, criticism, and advice. But we will especially count on your readiness to become volunteers for the project and to help us in the processing of a wider source base. 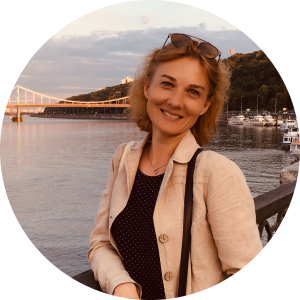 Ph.D, the poject leader, the Department of History of Kyiv-Mohyla Academy. 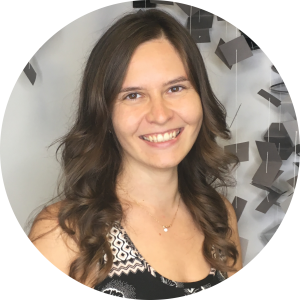 Received a Ph.D. in History from the European University Institute (Florence) and a Master's degree in Cultural Anthropology from the University of Cambridge. 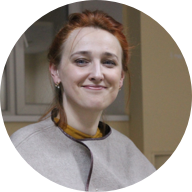 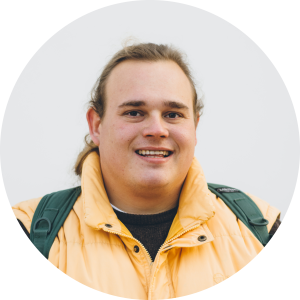 A graduate student of the Department of History of Kyiv-Mohyla Academy, Visiting researcher at the University of Michigan under Fulbright program. 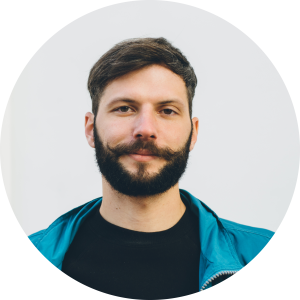 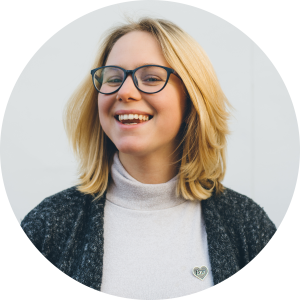 MA History, graduate of the Department of History of Kyiv-Mohyla Academy (2019) 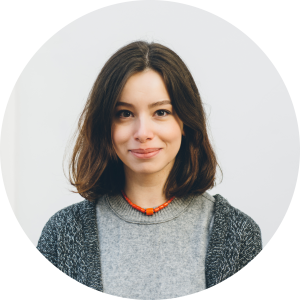 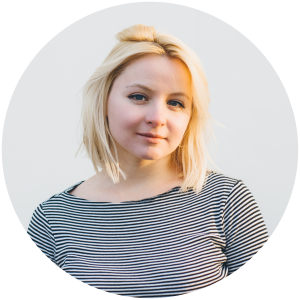 Since digital history is an area where a historian must go beyond his or her comfort zone and work in a group with diverse skills, backgrounds and expertise, the implementation of the project is a testament to well-coordinated and fruitful teamwork. About the team:

Olena Betlii, Ph.D., researches the history of Kyiv during the First World War and the Revolution, teaches courses about urban history and mental maps at the Kyiv-Mohyla Academy, where she also leads research on the history of Kyiv. She is a project coordinator
for "The City of the Twentieth Century Through the Prism of the Digital Age: An Educational Platform to Work with Cultural Heritage" and manages the block "The City and Everyday Life". Dr Betlii has always dreamed of creating a “Google Maps” of early 20th century Kyiv, her hometown. This dream has been partly realized in the project. She has also long wanted to contribute to the serious scholarship of city life in pre-revolutionary Kyiv, a topic which is too often romanticized in the historical imaginary.

Olga Gnydiuk, received a Ph.D. in History from the European University Institute (Florence) and a Master's degree in Cultural Anthropology from the University of Cambridge. She researches the history of children and childhood, the history of social security and post-war migration. In the project Dr Gnydiuk works on the theme "Owners of the City", that shows which individuals and organizations owned property in the city in 1916. She also geolocates objects on the contemporary map of Kyiv, both those that have survived and those that have long since disappeared. To do this, she went through every building in the database, assigning an owner to each one, which allows us to see who owned the most buildings and where they were. Olga's work is like archaeology - returning long-lost objects to the city map. For example, Olga was surprised to find a church near her home. Its memory was erased after it was destroyed by the Soviet authorities in the 1930s.

Kateryna Dysa, Ph.D., Associate Professor of History, Kyiv-Mohyla Academy. She researches the history of everyday life, the history of travel and travel literature, the history of Kyiv in the 19th-20th centuries through the prism of contemporary guides. In this project, she tackled an unusual but interesting topic - the processing of data from the Kyiv daily press about the crimes that took place in the city. She hopes that the database created with the participation of other colleagues will inspire students to study this topic, which has been unfairly ignored in historiography.

Anna Isaieva, a Ph.D. student at Lund University (Sweden), specializing in cultural history. She graduated from the master's program in history of the Kyiv-Mohyla Academy, as well as Studium Europy Wschodniej (University of Warsaw). Research interests: World War I, urban history, nationalism. In the project she developed the topic of transport connections in Kyiv and urban practices of Kyiv movement.

Martin-Oleksandr Kisly, a graduate student of the Department of History of Kyiv-Mohyla Academy, Visiting researcher at the University of Michigan under Fulbright program. He joined the project because it presented a unique opportunity to combine his two hobbies:
photography and research. Thus, Martin-Oleksandr was responsible for searching the archives for photo and film documents from the period under study, their proper attribution, as well as rethinking the visual heritage and visual reinforcement of narratives.

Andrii Levchenko, MA History, musician. Andrii explored the musical space and leisure of pre-revolutionary Kyiv, as well as reconstructed the sound landscape of the city. For the project, he developed and collected a musical repertoire of advertising announcements, posters of theatres and cinemas, as well as announcements of public events in the city with a music program or with the participation of musicians. He selected media content from contemporaneous periodicals for the section on leisure in Kyiv in the early 20th century. Andrii Levchenko also reconstructed the soundscape of nodal locations at the intersection of transport, trade, and cultural routes of pre-revolutionary Kyiv. He participated in the project because of his interest in working with digital history, as well as a new way of presenting graphic and audio information on an interactive map, for there have been no similar studies / projects on the history of Kyiv before.

Oleksandra Oberenko, MA History. Oleksandra loves everything related to cooking, but since going to restaurants in Kyiv does not result in the award of a master’s degree (much to her dismay!), she decided to write her dissertation on the Soviet catering system in Kyiv that
was created in the 1920s. Digging into the archives and memoirs of Kyiv’s residents allowed her to combine her three greatest passions: Kyiv, gastronomy and history. Now, whenever she sits down for a family meal, all she can think about is where the egg flower, typical decoration element, came from and who created these mysterious mayonnaise patterns on the shuba salad. In the project, she explored the gastronomic and commercial picture of early 20th century Kyiv in the section “Everyday Life in the City”. She can tell you where to buy the best caramel candies and have the most exquisite afternoon tea. If you are suddenly taken back to 1916, contact her!

Daryna Podhornova, a graduate of the Kyiv-Mohyla Academy master's program in Jewish studies (2018), currently a Ph.D. student in the Department of History at the Kyiv-Mohyla Academy. She researches women's history, specifically women's professional employment.
For the project Daryna worked on the medical section - she studied the development of medicine in Kyiv and the availability of medical facilities for Kyiv residents.

Mariia Chorna, Ph.D. student of the Department of History of Kyiv-Mohyla Academy and senior researcher at the Museum of History of Kyiv. Mariia researches the history of education in Kyiv in the 19th century through the prism of gender and urban studies. For the project she collected a database of educational institutions in Kyiv and their staff and wrote the sections on education and childhood in the city.